IDC & Co offers a unique and elegant Black Diamond collection that captures the mesmerising contrast of black and white diamonds. Their creations are both striking and dramatic; the micro set white diamonds create the perfect contrast, like stars in the galaxy, that suit any occasion, day or night. When it comes to a black diamond the most popular choice is to design a ring with contrasting features; the remarkable gemstone truly has no limits. IDC offers a one of a kind black diamond collection in the form of rings, earrings, pendants and bracelets

A black diamond has become a very popular alternative for the less traditional bride-to-be. The reason? The magnificent diamond provides the bride with a variety of different styles and gives her an opportunity to create a unique signature jewellery piece. When it comes to a black diamond the most popular choice is to design a ring with contrasting features; the remarkable gemstone truly has no limits. But where exactly do these fascinating black diamonds come from? 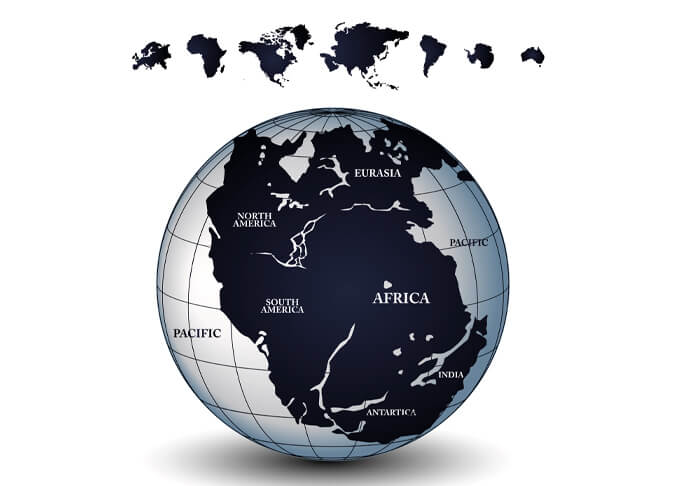 CARBONADO: WHERE DOES IT COME FROM?

What is the opposite of a brilliant white diamond that reflects light and sparkles brilliantly with every move you make? A light-absorbing, captivating black diamond of course. Black diamonds (also known as carbonado) were created in the same way as colourless diamonds; the element, carbon was compressed below the Earth’s crust due to high pressure and extreme heat. The only fascinating difference is the formation of black diamonds are caused by inclusions such as graphite that come across throughout the gemstone, adding to the allure of their mysterious genesis.

It is widely believed that rough natural black diamonds derived from a meteor that fell from the sky millions of years ago. Supporters of an extra terrestrial

origin propose that their material source was a supernova which occurred at least 3.8 billion years ago. After coalescing and drifting through outer space, a large mass fell to Earth as a meteorite approximately 2.3 billion years ago. It possibly fragmented during entry into the Earth's atmosphere and impacted in a region which would much later split Pangea into Brazil and Africa - the only two known locations of carbonado deposits in the world. To add to this mystical appeal, Shimansky carefully hand-selects these enigmatic gems from mines in Rustenburg – substantiating the only two primary locations of such black diamond deposits 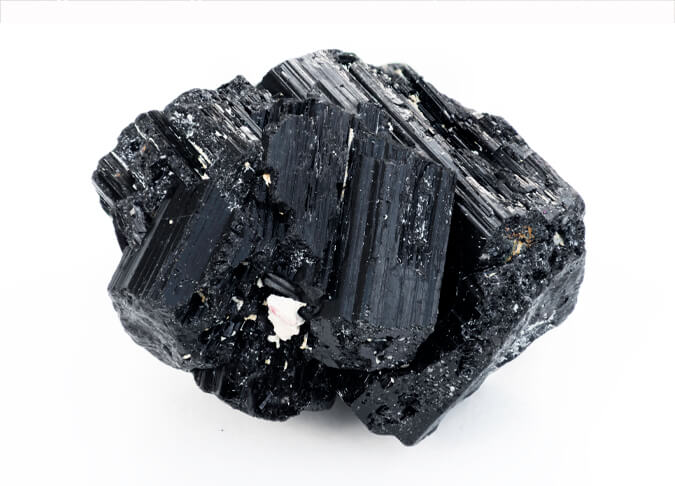 THE PROPERTIES OF BLACK DIAMONDS

Natural black diamonds are considered fancy colour diamonds. Most natural fancy colour diamonds are extremely valuable resultant of their rarity, with their price depending largely on the intensity of their colour. Black diamonds, however are more affordable than other white or coloured diamonds, due to the fact that they are completely opaque and cannot be graded according to their colour intensity as they have a low refractive index. This being another potential property that points in the direction of carbonado belonging to extraterrestrial origins, as outer space has a poor refractive index too.

The most famous black diamond is the 67.50 carat Black Orlov – a cushion-cut brooch surrounded by a halo of 108 colourless diamonds, hanging from a necklace that’s adorned with a further 124 diamonds. The legend goes that the Black Orlov or the “Eye of Brahma”, was an uncut black gem of 195 carats, pried out of the eye of a sacred Hindu God Brahma statue from a temple in India – so cursed was the diamond, that several of its owners committed suicide and it was ultimately recut to break the hex. Again, adding to the mysterious allure of this magnificent diamond.

What’s more, because black diamonds are opaque – and, in most cases, heavily included – they cannot be graded on the GIA clarity scale. Likewise, because there is no variation in the tone and saturation of a black diamond, only the single grade term Fancy black is used. Consequently, GIA does not issue grading reports for these diamonds. Instead, GIA issues a Coloured Diamond Identification and Origin Report. In this report, such diamonds are described as Fancy black and their colour is noted as either natural or treated.

Diamond specialists have begun artificially enhancing low quality colourless diamonds by burning them in the rough state until they display the same opaque black colour of a natural black diamond. Artificially enhanced black diamonds are of course much more affordable than natural black diamonds, but they are not certified or recognised as true black diamonds by the GIA (Gemological Institute of America). Without this certification, proving your diamond’s unique characteristics and identity can be tricky. The diamond would have to go for independent testing in order to determine its unique qualities – this step being skipped if issued with a certificate upon the purchase of carbonado.

The certificate also aids in the process of valuation, as an expert valuer needs the information on this certificate in order to determine the monetary value of your diamond (both for insurance purposes and in the case of a re-sale). Certification is also important because it acts as proof to the customer when purchasing a diamond. Knowing the importance of a diamond certificate significantly minimises the risk of a non-reputable jeweller taking advantage of a customer’s ignorance. A reputable jeweller like Shimansky, will always have certification on-hand. If in doubt about the reputability of a jeweller, and the authenticity of a diamond, follow your instinct. A little bit of research and a second opinion could make all the difference in assuring your purchase is legitimate and stands the test of time.

HOW DID BLACK DIAMONDS BECOME POPULAR?

Black diamonds became extremely popular during the late 20th century. But why did the demand for black diamonds suddenly increase during that time? There are multiple reasons why the beautiful diamond caught everyone’s attention, but the most common speculation is because designers started to use black diamonds to create a contrast between colourless diamonds. The gemstone simply also became a must-have jewellery accessory after Mr Big from the Sex and City series proposed to long-time partner, Carrie Bradshaw with a five carat black diamond engagement ring. Other famous Hollywood stars like Carmen Electra and tattoo artist Kat Von D also started debuting the fascinating stone a few years later.

Shimansky offers a unique and elegant carbonado collection that captures the mesmerising contrast of black and white diamonds. Their creations are both striking and dramatic; the micro set white diamonds create the perfect contrast, like stars in the galaxy, that suit any occasion, day or night. When it comes to a black diamond the most popular choice is to design a ring with contrasting features; the remarkable gemstone truly has no limits. Shimansky offers a one of a kind black diamond collection in the form of rings, earrings, pendants and bracelets.