The role of Tanzanite in Tanzania

THE ROLE OF TANZANITE
IN TANZANIA 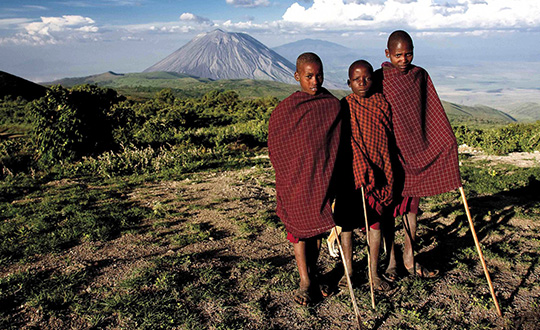 Tanzanite jewellery is loved all around the world, with tanzanite rings, in particular, being a popular choice for jewellery enthusiasts. Tanzanite is a “modern” gem, having only been discovered in 1967. This groundbreaking discovery did not just mean a great deal to the world of gemstones, but it meant a lot for the country of Tanzania. Because tanzanite is only found along a 4km strip at the foothills of Mount Kilimanjaro, Tanzania is the world’s only supplier of this precious gem, resulting in world-wide interest in this country and the African continent.

In early years, the people of Tanzania seemed undecided about tanzanite. There were rumours of tragic mining accidents and unfair working conditions, as well as beliefs that all the money made from tanzanite was leaving the country. With the implementation of fair systems and various ethical organisations, however, tanzanite is today mined fairly, and it has significantly boosted the Tanzanian economy. Today, there is a sense of pride among the people of Tanzania. Not only has an internationally recognized certification scheme been introduced, but an international grading system has been implemented, where tanzanite’s features are accurately described and recorded, giving assurance to those who wish to purchase ethically mined tanzanite.

It is difficult to ascertain just how many people in Tanzania depend on tanzanite mining for a living, but as a result of the mining of tanzanite, there have been major investments in technology, the environment, as well as in the local communities.

In 2003, the Tucson Tanzanite Protocol (TTP) was developed in order to protect tanzanite and ensure an ethical route to market. Proactive and settling, this step was crucial in giving consumers confidence in tanzanite, protecting the legitimacy of the gem’s supply chain and to encourage economic development within Tanzania. This protocol comes as the result of a cooperation between the Tanzanian government, and major industry stakeholders, including miners, dealers, manufacturers, suppliers and retailers. This protocol is often likened to the Kimberley Process which came into effect in 2000, and was designed to prevent conflict diamonds from entering the mainstream diamond market.

Tanzania would not be where it is today, was it not for the discovery of tanzanite. Not only has it strengthened the Tanzanian economy, and created jobs for local people, but it has also helped fund various community projects, bettering the lives of the Tanzanian people. When buying froma reputable jeweller such as iDC & Co, you can be certain that your tanzanite ring, necklace, or earrings will not only bring you joy for a lifetime, but that it helped sustain and develop local communities in Tanzania as well. 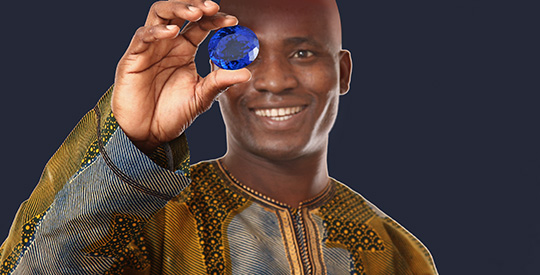 Tanzanite is a relatively “new” gem when compared other precious stones such as diamonds. Diamonds were discovered in South Africa in 1867, but were known to man for centuries before, with the first diamond engagement ring being given to Mary of Burgundy by the Archduke Maximillian of Austria in 1477. 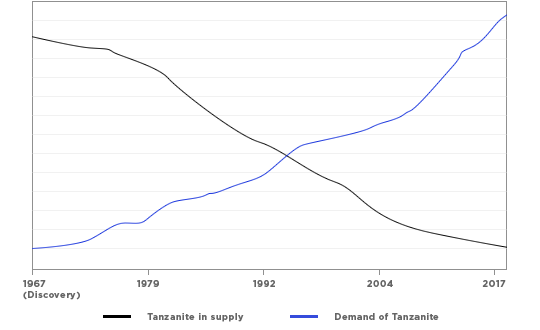 Tanzanite was first discovered in Tanzania in 1967, and up until its discovery, it was completely unknown to man. Today, tanzanite jewellery is sought-after all over the world, but with Tanzania’s supply exhaustible, what does the future hold for this exceptional gem?

Tanzanite is coveted all across the world, not only because of its beauty, but also because of its rarity. It so popular, in fact, that it among the top ten best-selling gems in the world. Tanzanite is only found in one area in the world: a 4km strip of land at the foothills of Mount Kilimanjaro, in the northern parts of Tanzania. It is unique to this country, and gemmologists and geologists have estimated that it is near impossible for the same gem to be found anywhere else in the world. With a limited area in which to mine tanzanite, comes limited tanzanite production. Experts believe that within the next 10 to 12 years, the supply of tanzanite will decrease, and eventually, Tanzania’s supply of tanzanite will run out, and the magnificent gem will become depleted. However, as supplies begin to run low, mining companies are going deeper underground in the hope of recovering more tanzanite in layers previously unexplored.

Tanzanite already appreciates in value every year, but once supplies begin to run low, the gem is expected to significantly increase in value. Experts believe that once the supply of tanzanite is exhausted, it will reach an all-time high value, and prices of the gem are expected to rise dramatically. Like in all industries, prices are affected by supply and demand. The demand for tanzanite continues to rise, but the supply is slowly decreasing. Once tanzanite is depleted, there will be no more first time owners of this precious gem, and buyers hoping to acquire their very own tanzanite stone or tanzanite jewellery creation will have to be willing to spend a bit more than they currently would. As a result, tanzanite rings, earrings, necklaces and bracelets are expected to become precious family heirlooms (although in many cases one can say that they already are!).

Because of the decreasing availability, buying tanzanite in South Africa is considered a very good investment. Not only does it appreciate, and is likely to fetch a much higher price in the future than it does now, but it is also a unique gem to pass down to future generations.

The tanzanite mining industry has employed thousands of people in Tanzania. Though its legend is sure to live on forever, its supply certainly won’t. For potential buyers, now is the best time in which to invest in that coveted tanzanite jewellery creation or loose stone.